Among the best planned cities in India, you can enjoy a green holiday in Chandigarh

Better known for its educational institutions, Chandigarh is a town planner’s delight with its elegant commercial and residential areas amid huge green spaces and university campuses. In 1951, Swiss architect, Charles-Édouard Jeanneret-Gris, who was better known as Le Corbusier, was invited by the government of Punjab to design its capital. It was interesting to know that Le Corbusier designed the city like a human body—the left side was all industrial, the right was residential and educational, the heart was the government hub. The famous Open Hand monument in the city is a significator of the famous architect’s motto: ‘Open to give, Open to receive’.

Long before traffic became a menace, Chandigarh did not need red lights. The people drove through lovely wide roads, crossing houses with low walls and refreshing greenery. The city was unlike any other in Punjab. It was a students’ hub as they came from all over India to study in Punjabi University and the famous Government Medical College & Hospital.

But like everything else, Chandigarh has also seen population explosion and the rise of satellite towns such as Mohali, Panchkula and Zirakpur. The suburbs have risen with more MNCs, software parks, knowledge centres and manufacturing industries. Despite the branded stores and changed pace, some things have not changed.

An early morning ride to Sukhna Lake is and has always been bliss. Walkers and fitness freaks reach here before the sun rises. Soft music floats through the air, the rising sun and the chirping birds make it the perfect way to begin the day. Many perform yoga on the side of the lake, while others are rowing the boats. There is less chatter and more nature here. It is a pleasure to breathe in some fresh air and see the pollution-free blue skies.

Maybe it’s mayhem as the day progresses for there is a food court and rides for children and boating, but the early morning scene is refreshing.

The Rock Garden is just a few minutes walk from the lake. But some use golf carts too to reach the ticket counter, which opens at 9am. The sculpture garden is a piece of art. During my teens, I probably missed the wonder in it, the spirit of a man called Nek Chand.

History tells that he went to the Shivalik hills, collected the stones and waste materials to make these sculptures. He kept these hidden the work for 18 years, as it was considered illegal. Waste tiles, broken bangles and wires are now men, women, owls, monkeys, horses, birds.

If you really want to enjoy the garden, keep some time for there are interesting things that you find in every nook and corner. And you would enjoy walking through the narrow paths, sitting on the benches or under a tree, watching the little fishes in the aquarium or laugh it out in the gallery of laughing mirrors. Or maybe you would like to take pictures by the flowing water bodies and feel nice looking at the green trees. There are swings too in one area. Eatables and drinks are not allowed inside. It is a sweaty walk inside though, so do keep some handkerchiefs.

This UNESCO World Heritage Site is maintained by Chandigarh Tourism. This complex, designed by Le Corbusier himself, comprises the High Court, Open Hand monument, Assembly Building and The Secretariat, the decision-making hub of the city. Spread over 100 acres, there are three more monuments here, namely Geometric Hill, Tower of Shadows and the Martyrs Monument, and a lake. Le Corbusier constructed the Tower of Shadows in such a way that not a single ray of sun enters it from any angle. The north side of this tower remains open because the sun never shines from this direction. Le Corbusier used the same principle for the other Capitol Complex buildings as well.

A tourism officer and police accompany every visitor here. Best explored on foot, it is popular with people from abroad and among architectural students. The sun dial does catch my attention.

The sound of shabads greeted us at this holy place in Panchkula at the foot of Shivalik Range on the banks of Ghaggar. Legend goes that after the battle of Bhangani in 1688, Guru Gobind Singh reached here with his army. Guru Gobind Singh was travelling from Paonta Sahib and going to Anandpur Sahib.

Baba Nadu Shah, a Lubana by caste and an agriculturist, was influenced by the Guru and served milk to the army. Pleased by this selfless service, the Guru blessed the Baba that, “One day, this place will be visited by thousands and anyone coming with sincere intention will be rewarded with the fulfillment on his wish, provided that he pays respect to Baba Nadu”. On every full moon, people come to seek the blessings of the Guru and Baba Nadu Shah.

We bowed to the holy flag flying atop a 105 feet (32 m) high staff on one side of the courtyard, near the site of the old shrine. And thanked the divine for langar prasad: a cup of tea and a bowl of jal prasad.

This was our last stop on this trip. A form of Shakti, she is the goddess who rules mann or things which we feel. And she blesses this mann to remain pure. This temple complex is spread over 100 acres on the Shivalik foothills in village Bilaspur. It was built by Maharaja Gopal Singh of Mani Majra between 1811–1815.

How to reach Chandigarh: There are many trains from all over and the railway station is among the cleanest ones in India.

There is also an international airport at Chandigarh. And the city is also well connected by road.

Have you been to Chandirgarh? Please share your thoughts with us.

23 thoughts on “Chandigarh makes for a perfect family vacay”

This site uses Akismet to reduce spam. Learn how your comment data is processed.

My journalism career of 25 years has given me an incessant appetite for the transient. I believe in NOW, and I share this experience through words, photographs, videos and podcasts. I launched the blog in 2014 because it’s about all things that make up this planet. View all posts by Ambica Gulati

Join 10,156 other subscribers
MY PORTFOLIO ON ISTOCK IMAGES 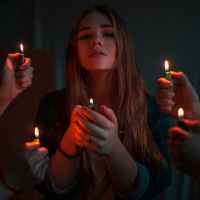 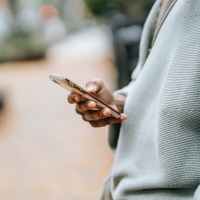 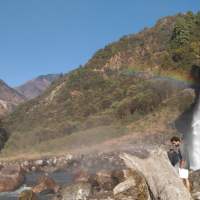