Loved by the romantics and the adventurous, Gulmarg has enticed emperors, queens and filmmakers. It was the king of Kashmir, Yousuf Shah Chak (1579-1586), who named this beautiful area Gulmarg. The cup-shaped valley is rich in beautiful flowers, pine and fir trees and surrounded by snowy mountain ranges. He visited the area frequently with his queen Habba Khatoon. Before that, it was known as ‘Gauri Marg’ or path of Goddess Gauri/Parvati.

Located 2,650m above sea level, this fairytale town in the Pir Panjal Range, Western Himalayas, is within the boundaries of Gulmarg Wildlife Sanctuary. This biosphere reserve houses precious flora and fauna such as the endangered Musk Deer, Hangul, Leopard, Brown Bear, Black Bear and Red Fox.

Coming back to the kings, Mughal emperor Jahangir took 21 varieties of wild flowers from here to plant in his gardens. In the 19th century, the Britishers made Gulmarg their summer retreat. They established three golf courses, and one was exclusively for women. One of these golf courses survives and is known as the highest green golf course in the world with 18 holes.

The British also established a ski club in Gulmarg in 1927. And in 1963, the Indian Institute Of Skiing and Mountaineering (IISM) was established under the aegis of the Ministry of Tourism. Gulmarg is popular for its winter sports such as skiing, tobogganing and snowboarding.

While I didn’t get to do many activities as it was raining during my stay there, I did manage to drive around on the heavenly green mountain roads. Here are the four reasons that will make you fall in love with Gulmarg:

The meadows of Gulmarg and the five elements mingle magnetically. Not a soul in sight, we climb a little hillock to get a view of the Himalayas, as the drizzle continues. Juggling cameras, umbrellas and bags, we are in search of strawberries, flowers and potatoes. The picturesque view is mindblowing, little huts in the distance with tall trees reaching out into the skies. I almost trample over a tiny yellow flower struggling to keep alive, frogs jump in the puddles, even as the little stream keeps gurglng. While we couldn’t walk around or sit on the grass, we did manage to have our kahwa and sandwiches in the car. Most days, there are pony rides too. The meadow is a fairytale come alive.

How can you not enjoy a warm drink by the fireside at Hotel Highlands Park? This is the resort where the famous movie Bobby with ‘hum tum ek kamre mein band ho’ song was shot. The old world charm and sprawling mountains and luxury huts are a sight to behold. The spice-rich warm Brandy Toddy was served in a glass with Whisky written on it!

In this old church, cultures have mingled. Constructed sometime in 1902 by the British, it has a Muslim caretaker now. Located in the valley of shepherds, this is made of grey stones, has a green roof and decorated wooden interior walls.

In 1920, a famous wedding was held here. It remained closed for many years and opened in 2003 when the first Christmas service was held. It falls under the Diocese of Amritsar, Church Of North India. The caretaker told us that the priest comes on one Sunday in a month or on special occasions from Srinagar with the parish. It offers a spectacular view of the golf course.

Among Asia’s longest and highest cable car rides at 4,200m, it was built by the French company Pomagalski. The two-stage ropeway ferries about 600 people per hour between Gulmarg (2,600 m) and a shoulder of nearby Apharwat Peak (4,200m). The first stage transfers from Gulmarg at 2,600m to Kongdoori at 3,080m and takes 9 minutes. The second stage has 36 cabins and 18 towers and takes passengers to a height of 3,950m on the Apharwat Peak in 12 minutes. A chair lift system connects Kongdoori with Mary’s shoulder for taking skiers to higher altitudes.

The fragile eco-system of Gulmarg in under danger from high influx of tourists and activists have demanded more regulations.

Best time to visit: Year round

How to reach Gulmarg: A notified committee within the Baramulla district, Jammu and Kashmir, it is 31 km from Baramulla and 49 km from Srinagar.

The nearest airport is at Srinagar and then one can hire taxis till Gulmarg.

This site uses Akismet to reduce spam. Learn how your comment data is processed.

My journalism career of 25 years has given me an incessant appetite for the transient. I believe in NOW, and I share this experience through words, photographs, videos and podcasts. I launched the blog in 2014 because it’s about all things that make up this planet. View all posts by Ambica Gulati

Join 10,154 other subscribers
MY PORTFOLIO ON ISTOCK IMAGES 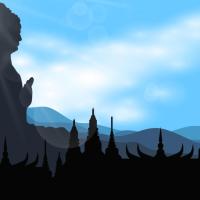 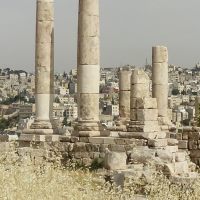